Car Won't Start? Here's What You Should Do 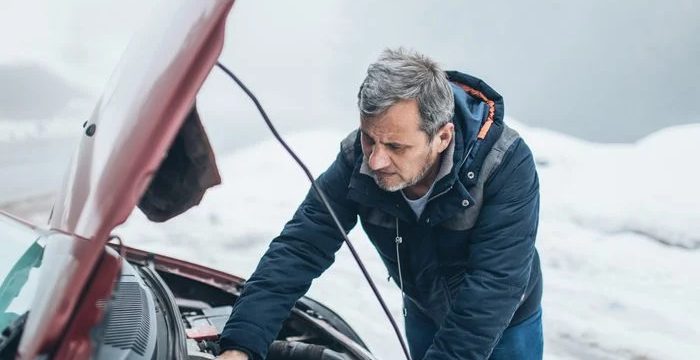 Trying to figure out what’s wrong when your car won’t start can be a frustrating and daunting task. However, there are a few basic things you can do to narrow down the problem and get your car running again. First, check the battery. Make sure the terminals are clean and tight and that the battery itself is not damaged. Next, check the engine oil level and quality. If the oil is low or dirty, it could be preventing the engine from starting.

Finally, check the air filter. A clogged air filter can restrict airflow to the engine, making it harder to start. If you still can’t figure out what’s wrong, it’s time to call a tow truck and take your car to a mechanic.

What Do I Do When My Car Won’t Start?

You are ready to go. Your car isn’t.

What do you do when your car won’t start?

It is the worst feeling in the world. You are already late for a very important meeting (because that’s the only time your car doesn’t do what you want it to), and you hop in to make your way to the office when you hear some horrible noises. Sometimes a whinny. Sometimes a click. Sometimes, it’s a collection of noises. Whatever it is, it’s not an engine starting. The panic sets in, but what do you do?

The answer is: it depends. It depends on the noise and how your car is acting. Let’s run through some scenarios and answer the age-old question: “What do I do when my car won’t start?”

You turn the key and get no sound. No lights. Just darkness.

It could be loose cable connections.

Check the cable connections that run towards your battery. If you can manipulate those cables by hand, they are loose and you’ve found your culprit. Try giving them a quick cleaning, using a paper towel or rag, and then reconnect them using a wrench to tighten down the clamps. Did we mention that you should have a wrench in your emergency kit?

If the car starts, you are on your way. If it doesn’t, it could be a dead battery. Try to get a jump. If your battery doesn’t take the charge, it might be time for a new battery.

Your dashboard is lit up like a Christmas tree, but you don’t hear any sounds at all.

As crazy as it sounds, is your car in ‘Park?’ Sometimes the simplest explanations are the most accurate.

If that’s not the problem, it could be a faulty starter or your ignition switch could just be on the fritz. If so, it’s time for a tow to your local Rad Air for a fix!

You turn the key and it sounds like a baseball card in a bicycle spoke.

Check your headlights. If you can get them to come on at full strength, then the battery is okay. You could need a starter (which means you’ll be enjoying the free coffee in our waiting room soon). If the lights are on, but they are dim, you might just need a jump on the battery. Refer to the first scenario for your next steps.

You turn the key and it looks like things are going to be ‘all systems go,’ but by the time you put the car in gear, your engine is dying a slow death.

It’s probably a dying battery. A jump would be a temporary solution, but your best step is to drive straight to your neighborhood Rad Air for a new battery!

You turn the ignition and the engine tries to turn over, but instead, you hear a long grinding noise.

In this scenario, more than likely, your starter is not engaging the flywheel. Try to cycle the key on and off a few times to see if you can get it to catch the flywheel. Even if it does catch, you’ve got broken teeth on the flywheel and that needs to be addressed! Use our online scheduler to make an appointment and we’ll see you soon.

You hear a fast cranking noise followed by what can only be described as a fast-paced spinning noise.

Your timing belt could be broken and your pistons might be going up and down faster than usual because some of the valves are remaining open. Unfortunately, this is a big-time issue. You’ll need to come to see us and get a timing belt change. Get the vehicle towed, don’t try to drive it. It might be a little pricier, but don’t worry – we’ve got payment plans to help you pay for it!